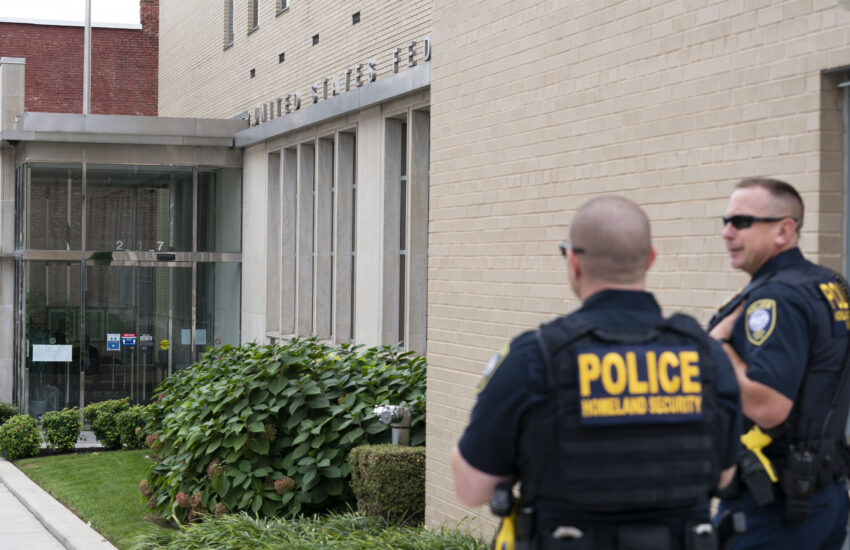 A Maryland woman pleaded guilty on Friday to conspiring with her husband in his attempt to sell U.S. nuclear secrets to a foreign government.

“From on or about April 1, 2020 through Oct. 9, 2021, in Jefferson County, W.Va., and elsewhere, I conspired with Diana Toebbe to transmit restricted data to a foreign nation in exchange for payment,” Jonathan Toebbe told Magistrate Judge Robert Trumble during a hearing on Monday afternoon in Martinsburg, W.Va.

Jonathan Toebbe, a nuclear engineer, and his wife, Dianna, a teacher, of Annapolis, Md., were arrested on Oct. 9 after undercover FBI agents exchanged $100,000 in cryptocurrency for highly sensitive nuclear submarine secrets that were stored on memory cards hidden in gum wrappers, peanut butter sandwiches and Band-Aid wrappers and stashed at drop sites in West Virginia, Virginia and Pennsylvania. Diana Toebbe served as a lookout for her husband at multiple “dead drop” locations, a Justice Department press release said Friday.

The Toebbes have been kept in detention since this fall, deemed flight risks by the Justice Department. According to details unveiled during a hearing this October, the Toebbes were prepared to leave the country if their activities were discovered, armed with cash, rubber gloves, a cryptocurrency wallet and their childrens’ passports.

While Jonathan Toebbe waived his right to challenge detention this fall, Diana Toebbe’s lawyers had pushed for her release, suggesting there was no evidence she had access to the nuclear information her husband had, the cryptocurrency or his discussions with the FBI agent, who he apparently thought was a foreign government. But the FBI and prosecutors maintained there was enough evidence to suggest she was involved with his plan to sell the classified information for a total of $5 million.

* This article was originally published here